We have a dream…
That all Dads get a fair deal in the Family Court.

How do we reach this goal?

Every time a father wins his case in the Family Court, we are one step closer.

Our primary objective in creating McKenzie Friends Club is to give you the information and help you need to get the best outcome for you and your children. 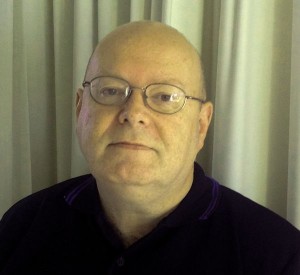 and here’s a little bit about me.

I have led an eclectic life doing everything from bottling Coca Cola as a factory hand to negotiating million-dollar investment contracts in the futures markets. I was married, but not divorced. She died of cancer at a very young (for me) age. Therefore I have no particular axe to grind with the Family Court.

So how did I become involved and what makes me an ‘expert’ in this?

I started helping people caught up in the mental health system to get a fair deal and where necessary proper medical treatment instead of debilitating psychiatric treatments.

I discovered and handled a lot of psychiatric abuses of patients and their families. This required really understanding the law, and the institutions administering (or not as was frequently the case) the law to get results for my clients.

I did a lot of research, and study into this area, which I would use in either representing patients in front of magistrates or mental health review tribunals or assisting the patient’s lawyers in doing the same, and sometimes standing in for the patient’s lawyer because I knew the law and jurisdiction better than they did.

I soon was getting calls for help in dealing with these expert reports in cases before guardianship tribunals where many times the person subject to these guardianship orders and their families were not allowed to be represented by lawyers.

Dealing with psychiatric testimony and their usually absurd expert reports became something of a speciality for me.

While still working with this human rights organisation, I got calls from dads who were being screwed in the family courts by these same reports and testimony. Usually they had no idea about how to handle these psychiatric reports and testimony and would lose custody or access to their own kids because some psychiatrist, psychologist or social worker said so.

By the time I got told about it, it was usually too late to get things changed. Once the report is written and accepted as evidence, it is very difficult to get it unwritten or rewritten. These guys needed to know what to do BEFORE they agreed to a family report or an ‘expert report’. So where I could, I advised guys to do what you have in the training section of the club.

I wrote a how-to book called, “Father’s Guide to Winning the Divorce War” which sold over 400 copies online from FamilyCourtSecrets.com.au

I had written what I know from experience to be the most practical things to do to protect yourself in this divorce war. It is a war — make no mistake. I got regular phone calls from guys asking for advice (not legal advice, of course) and I did a lot of trial consulting and pro bono McKenzie Friend work where I could.

In all honesty, I’ve been pressed to by individuals and lawyers, and my human rights network to put together something that can help more guys survive this feminist war against fathers. A central place, off the grid, private and secure where they could find out for themselves, ask for strategies and help in solving their case problems, and figure out what can be done about it all. And something can be done about the injustice in the Family Court. I thought about it long and hard and decided to create McKenzie Friends Club. To set it up as privately and as securely as possible (remember my futures markets experience?). So with a little help from my friends, that’s what we have. A US based domain (for now) hosted in Hong Kong, owned by an IBC in a third jurisdiction. Off the grid, completely private and secure from legal and bureaucratic interference. I’m always ready to jump in, give you my best trial consulting stuff, teach you how to conduct your own case, start to finish, and provide a place for open discussion and industry intelligence. And the beginnings of an effective movement to reverse the injustice.

It’s my goal here at McKenzie Friends Club to get you (and all our members) to a very high standard in arguing your case (case theory, submissions, affidavits, evidence, precedents etc.), because every case won sets a precedent and is one step closer to systemic reform in the Family Court.